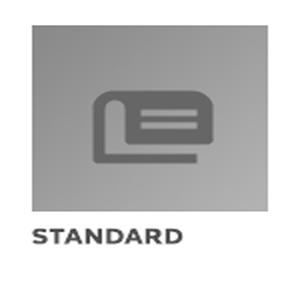 General This standard defines requirements for Private Branch Exchange (PBX) systems. This is the third revision of the ANSI/TIA/EIA-464 standard for PBX switching equipment. Because of the changing environment in telecommunications and the introduction of new technology, this document will be a living document with periodic revisions issued by TIA engineering Sub-committee TR41.1. In this standard, the PBX is considered to be a Time Division Multiplex (TDM) based privately owned customer premises equipment, including both private branch exchanges and key systems, that performs switching functions between station apparatus interfaces, between the station apparatus interfaces and public network and tie trunk interfaces, and between trunk (network and tie trunk) interfaces. The term 'network' is used in this section to denote public network. It replaces the traditional reference to 'Central Office' or 'CO' except in cases where the CO performs a specific function. The network trunk interfaces transmit and receive analog and digital network supervisory and communication signals. The analog station interfaces are assumed to be compatible with the parameters specified in PN-3- 4350.110 (to be published as ANSI/TIA/EIA-470-110-C), Handset Acoustic Performance Requirements for Analog Terminal Equipment Connected to the Public Switched Telephone Network. (Ref 2). The Integrated Services Digital Network (ISDN) compatible station interfaces are assumed to be compatible with the parameters specified in ANSI/EIA/TIA-810-A-2000, Telecommunications Telephone Terminal Equipment Transmission Requirements for Narrowband Voice over IP and Voice over PCM Wireline Telephones (Ref 16). The requirements in this standard are intended to assure satisfactory user voicegrade services in a high percentage of installations. If cases arise that have not been adequately addressed in this standard, any resulting problems should be resolved through the cooperation of the customer, the carrier, and the equipment supplier. It is recognized that some PBX products may not be accommodated by this standard because of nonstandard line interfaces; e.g., proprietary digital station interfaces. In such systems, the station apparatus must be considered as a whole with the PBX and its associated station wiring, and the overall system must be described in terms of an acoustic (user) to an electrical (network) standard. The requirements in this standard assume a ringer equivalence number (REN) of 5. If the PBX has a REN of less than 5, then the requirements designated by the parenthetical expression (REN) need to be appropriately scaled in accordance with Section 4.7 of the TIA/EIA/IS-968 Standard (Ref 42) Compliance Reference Point Compliance with this standard is determined at the PBX interface boundaries and is not to be construed as a constraint on the internal coding or switching techniques of the PBX. Compliance Interpretation A PBX complies with this standard when it conforms to the requirements applicable to the interfaces with which it is equipped. For satisfactory service, a PBX should be capable, through the proper selection of equipment options, of satisfying the requirements applicable to its serving area. The requirements for the individual types of PBX interfaces vary between public network carriers and, in some cases, between network switching machines; therefore, multiple options are stated for satisfying a particular requirement. Conformance with Regulatory and Safety Standards This standard is intended to be in conformance with Part 68 of the FCC Rules and Regulations (Ref 4), TIA/EIA/IS-968 standard (Ref 42) and with the safety requirements specified in UL 60950, Third Edition, Standard for Safety of Information Technology Equipment (Ref 5)1, but it is not limited to the scope of these rules or requirements. If the requirements in either of these documents are more stringent than those contained in this standard, the provisions of those documents apply. In addition to the requirements in this standard, a PBX is subject to environmental considerations given in ANSI/EIA/TIA- 571-A-1998, Telecommunications User Premises Equipment Environmental Considerations (Ref 6). Support of Enhanced 911 Calling TIA/EIA-689, PBX and KTS Support of Enhanced 9-1-1 Emergency Service Calling (Ref 36), contains requirements for PBX and KTS support of enhanced 9-1-1 calling. It was developed as a companion document to this standard. It addresses network interface signaling requirements for support of enhanced 911, when a 911 call is dialed. It also addresses station-side support features, such as three-digit 911 dialing and attendant-notification when a 911 call is dialed. The requirements in that document are incorporated here by reference, and should be considered a part of this standard. 1 Underwriters Laboratories publishes the UL 60950, Third Edition product safety standard for Information Technology Equipment, based on the international standard, IEC-Publication 60950. Conformity with this standard will be mandatory in the 2005. Products that were previously evaluated and certified to the requirements in UL-1950, Third Edition may continue to be certified until the effective date in the 2005.